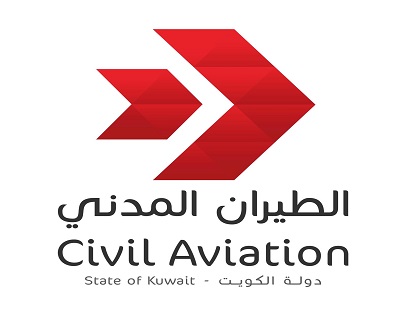 Success of the First Phase of Evacuating the Citizens

“Success of the First Phase of Evacuating the Citizens is Due to the Grace of God and Joint Efforts of Governmental Authorities.”

H.E. President of Directorate General of Civil Aviation - Sheikh/ Salman Sabah Salem Al-Homoud Al-Sabah, said that the success of the first phase of the evacuation plan of the citizens from abroad is due to the grace God Almighty and then the joint efforts of the governmental authorities as well as the bodies operating at Kuwait International Airport.

Sheikh/ Salman Al-Homoud affirmed to Kuwait News Agency (KUNA) on the occasion of commencing the evacuation, that this plan comes as a culmination of the directives of His Highness the Amir Sheikh/ Sabah Al-Ahmad Al-Jaber Al-Sabah, may God protect him, for the return of the citizens from abroad.

He added that the Council of Ministers, headed by His Highness the Prime Minister Sheikh/ Sabah Al-Khaled Al-Hamad Al-Sabah, has translated the directives of His Highness the Amir by assigning the Ministry of Foreign Affairs the task of supervising this national mission and accomplishing it from all aspects.

He explained that “Civil Aviation” has completed during the past few days an integrated plan for the procedures of bringing back the citizens, where a clear protocol for the organizational steps was put in place.

He stated that the steps begin from the citizens’ departure from the external stations, through boarding the aircraft and during the journey, until the arrival to Kuwait International Airport and entering the examination centres to apply the Ministry of Health’s procedures, then moving to the passport and customs hall and the luggage receiving areas until leaving the airport.

Sheikh/ Salman Al-Homoud praised the efforts of the government bodies participating in the plan of bringing back the citizens, headed by the Ministries of Health, Interior and Finance as well as the Central Agency for Information Technology, General Department of Customs and Fire General Department.

He also expressed gratitude to both Kuwait Airways Company and Jazeera Airways, who are handling the transport of the citizens from abroad, in addition to Kuwait Red Crescent Society, who supervised providing assistance to the arriving passengers.

His Highness the Prime Minister Sheikh/ Sabah Khalid Al-Hamad Al-Sabah, made an inspection tour yesterday at Kuwait International Airport to observe the preparations of the State authorities to receive the citizens returning from abroad in implementation of the orders of His Highness the Amir of the country, may God protect him, and his royal desire to bring back his sons and daughters to the homeland.